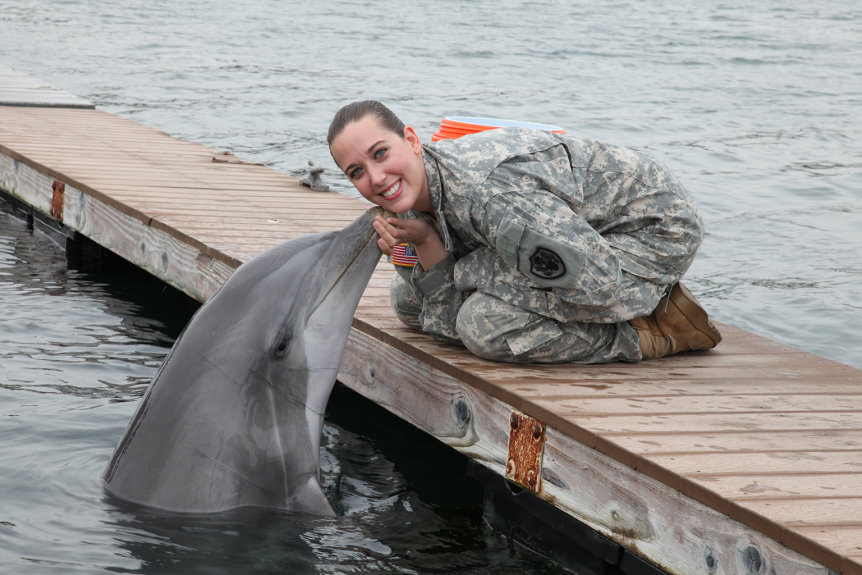 Virginia White has dreamed of becoming a veterinarian since she was 3. But that dream was tested when, as a teenager, she received troubling news: She’s allergic to most furry animals.

This realization may have discouraged some individuals, but nothing could stop White from achieving her dream. She just had to shift her focus from typical household pets to fascinating creatures who live in the sea.

Dr. White began veterinary school at the University of Minnesota in 2006. During her first year in the program, she was intrigued to learn the Army is the only branch that provides veterinarians for all of the military. Dr. White knew she had to seize the opportunity when she discovered the possibility to work with marine life.

She joined the Army in 2007 hoping to perform veterinary clinical work with sea creatures. Thankfully, the Army awarded her the Health Professions Scholarship Program and she could actualize her dream. The program required her to commission and be on active duty in the Individual Ready Reserve until she completed veterinary school. She received her doctorate in veterinary medicine in 2010 and continued to work in the military after graduating.

Nine years into her military service, the Army sponsored Dr. White’s second doctorate at the University of Florida’s College of Medicine.

Dr. White is only one of many Gators whose military service influenced their higher education. This year Dr. White is one of the University of Florida’s (UF) student veterans featured in The Stripes Within, which celebrates current and former military students, staff and faculty members.

The Stripes Within is an online gallery featuring portraits and personal bios. The featured military members reflected on their favorite memories and the most valuable lessons learned during their service. 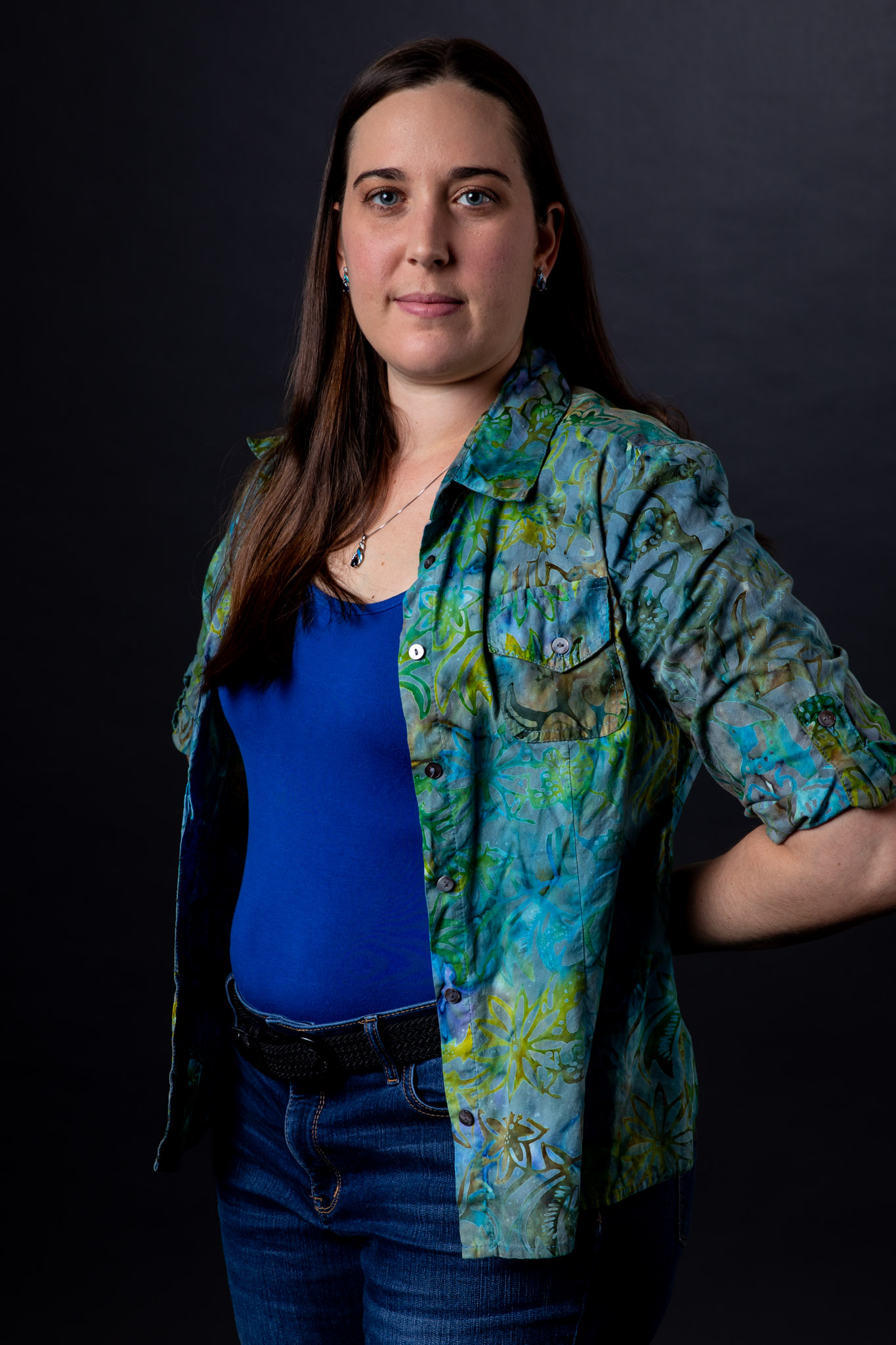 Image of Stripes Within on Friday, October 28, 2022 at University of Florida in Gainesville, FL / UF Student Life photo by Matt August and Eli Nino.

The campaign debuted in 2019 and this year Roselind Brown, the Assistant Director of the Collegiate Veterans Success Center within the Division of Student Life, reestablished the initiative.

“A photograph can capture someone’s personality, perspective and who they want to be,” said Brown. “I want The Stripes Within to almost be like an art piece we add to yearly in recognition of our military students.”

Brown said The Stripes Within shows appreciation for students with a military background like Dr. White. The campaign also seeks to show the wider Gator community how the student experience looks different for everyone. Brown said that students unfamiliar with the military might not expect some of their classmates to be on active duty or to have recently returned home from service. At the same time, student veterans may connect with the campaign because it reminds them there’s a community of veterans who uplift one another at UF.

“Having a visual campaign with someone’s story can be powerful. It’s a digital testimony of their service and a way to emphasize how we value our students,” Brown said.

Students like Dr. White know firsthand how the military can shape the college experience. She believes her involvement with the Army transformed how she views herself and interacts with others.

“You meet many interesting people and go to new, interesting places while in the Army. I think it helps people become more well-rounded with their skill sets and develop a broader, richer worldview,” said Dr. White.

From 2013 to 2016, White served as a marine mammal veterinarian for the Navy Marine Mammal Program (NMMP). As a part of the NMMP Veterinary Team, she provided veterinary care focused on preventative medicine for over 120 dolphins and sea lions. The trained dolphins and sea lions guarded Sailors and Marines against underwater threats. 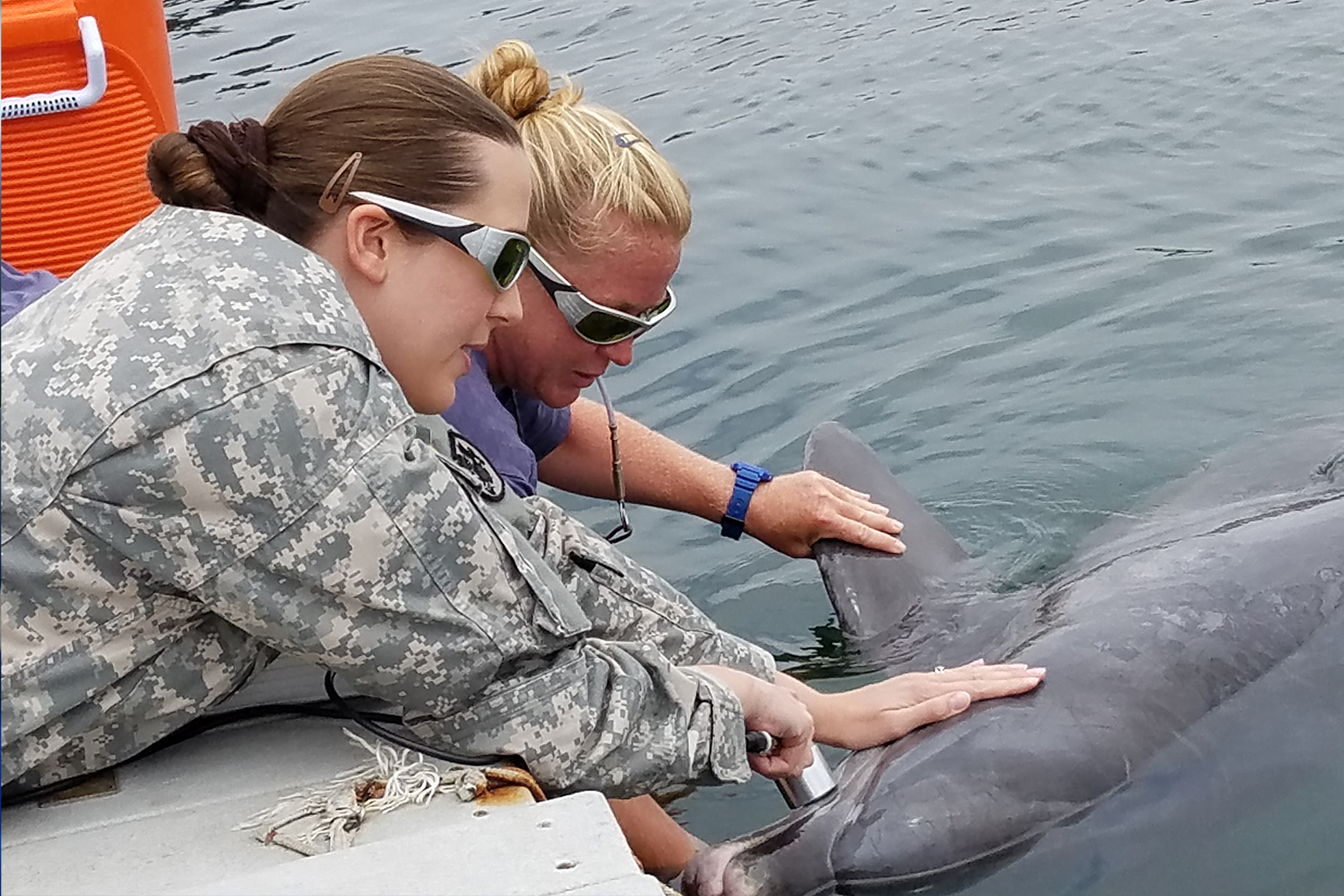 The Army recognized Dr. White’s capabilities and sponsored her doctorate at UF to prepare for her last military role. She earned her doctorate in biomedical sciences with a focus on immunology and microbiology in 2019. This degree armed her with the necessary knowledge and skills to serve as the Chief of the Biochemistry and Physiology Department at the U.S. Army Medical Research Institute for Chemical Defense. In this position, Dr. White led a team of over 40 researchers developing medical countermeasures to protect and treat people exposed to chemical weapons.

Dr. White retired from the military in August. After 15 years of service, she is certain her experiences added depth to her academic pursuits.

This year Dr. White has returned to UF to earn a certificate in online teaching and learning through UF’s College of Education. In the Spring, she intends to pursue an additional certification program in aquatic animal care and conservation at UF’s College of Veterinary Medicine.

To learn more about military students, faculty and staff members who make up the fabric of UF, visit The Stripes Within webpage.