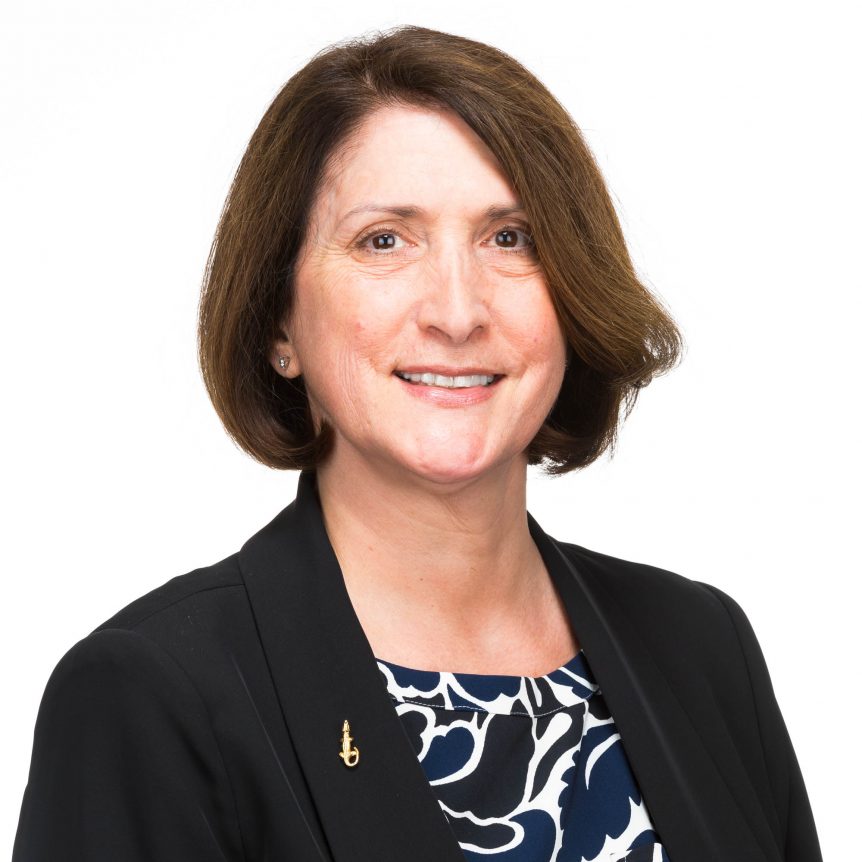 When Diane Porter-Roberts first began working in the University of Florida’s Department of Housing & Residence Life in 1995, the then-director of Housing told her there were two people she needed to have in her corner in order to be successful. One of them was Lisa Diekow.

Over the next 27 years, both women worked their way up through Housing & Residence Life, with Diekow usually serving as Porter-Roberts’ supervisor. Together, they became editors of their regional news magazine, the Southeastern Association of Housing Officers Report. And, with time, the colleagues grew to become close personal friends.

This year, Porter-Roberts was one of many who championed the nomination of Diekow for the 2022 Parthenon Award, an honor she received alongside four other current and former housing professionals.

“It was a long time coming,” Porter-Roberts, Innovation Academy academic coordinator, said. “If you have a person like Lisa who’s poured her heart and soul into her job and the students, there needs to be some type of recognition for that.”

But for Diekow, who has worked at UF for more than three decades, being formally recognized in this capacity was never the end goal. Instead, she said the most rewarding element of her work has been the students, staff and colleagues she’s grown to know along the way.

“As much as I’ve poured into other people, they’ve also poured into me,” she said. “All of those relationships have not only made me who I am, but they’ve continued to positively influence my belief in humanity and the power of higher education to really transform students’ lives.”

The Parthenon Award is the most prestigious award bestowed by the Association of College and University Housing Officers – International, honoring supreme achievement in the housing profession, leadership and service.

In Diekow’s case, the award recognized her 33 years working in the field of housing, a period which began in 1984 with her position as a residence hall director at the State University of New York College at Cortland.

Born in Florida but raised in the mountains of New York, Diekow attended both undergraduate and graduate school at State University of New York College at Potsdam, where she also served as a resident assistant and graduate hall director.

“I have always identified with being an educator and, whether formally or informally, the responsibility to shape others’ learning,” she said. “My early mentors really encouraged me to think of housing as a profession.”

In 1990, Diekow officially traded the snow for the Sunshine State and began working in UF’s housing department as assistant director. She worked her way up through the department, ultimately becoming director of housing for residence life and education. During this time, much of her role often involved elements of crisis management.

“She would always bring conversations back to, ‘Well, what about the students?” she said. “It just comes naturally to her.”

Porter-Roberts also described Diekow as a calming presence. Even when dealing with crises on campus, she never appeared rattled, she said.

In addition to compiling a packet filled with letters of support, those who nominated Diekow for the Parthenon Award also had to fundraise at least $5,000 in donations on her behalf — but the process was not a difficult one, Porter-Roberts said. Current and former staff who had worked alongside Diekow were eager to contribute and spread the word, and some even sent notes with stories and memories.

Diekow was officially recognized with the Parthenon Award at the association’s June conference in Pittsburgh. The honor came as a big surprise to Diekow, who thought she was visiting the city to connect with a former colleague.

In January 2017, Diekow left housing to serve students registered with the Disability Resource Center. Working with a team dedicated to promoting inclusivity by providing resources and equal access to all students, she said, has been a powerful experience.

“The notion of being student centered is very much at the core of who I am,” Diekow said. “No matter what role I’ve been in, it’s always been about students and how to positively affect their collegiate experience.”