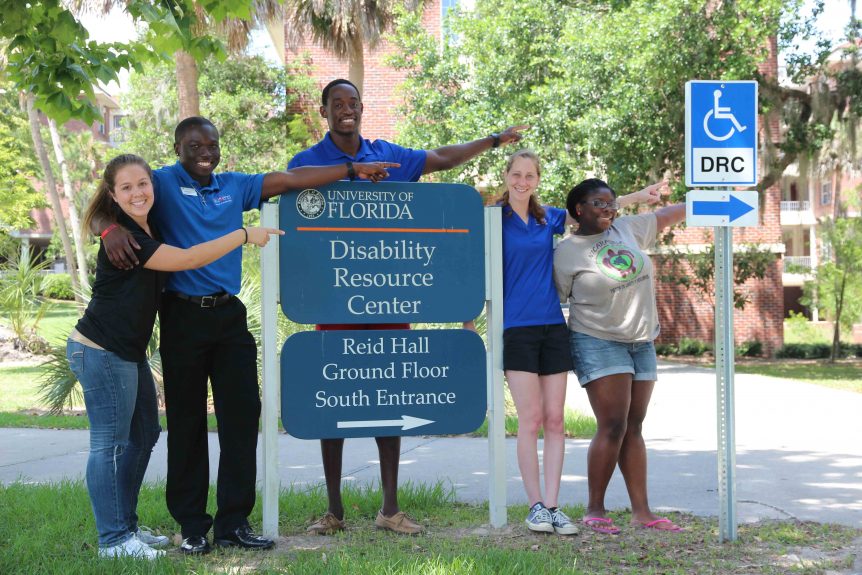 In May of 1979, Richard Nelson pulled his Chevy Sportvan into a dirt parking lot on the northeast side of campus, dropped his wheelchair lift and rolled to class. It was two years since the first civil rights law for people with disabilities was implemented and 11 years before the Americans with Disabilities Act was signed.

Accessibility at UF has steadily taken shape over time, largely thanks to students with disabilities who have advocated for their places on campus. The changes they sparked have helped make the university a nationally recognized destination for access and built the foundation for disability advocacy at UF today.

“The Disability Resource Center is a place for accommodations, and I think that’s profoundly important, but it’s also a place where students with disabilities can talk to and engage with students who are in a similar situation,” Dr. Steven Noll, a master lecturer in the Department of History at UF and the Disability Resource Center’s faculty fellow from 2019 to 2020.

“That may be even more important because we can make accommodations pretty easily. Changing perception is, I think, much more important for total lives of people with disabilities.”

A movement molded on the front lines

In his early years at UF, Nelson reveled in newfound freedoms. He cut class to shuttle to and from Cape Canaveral for rocket launches and immediately joined the Disabled Students Council, a group of roughly 10 students with disabilities met regularly to identify barriers to access at UF and strategize to address them.

They were a “wild bunch,” he said, putting “effort, determination and personal blood, sweat and tears” into challenging people on campus who questioned their abilities to succeed.

“I always felt that we were among the last group to really be mentioned in terms of equality and probably among the first groups to be overlooked with no hindrance,” Nelson said. “But parts of it were also out of fun, out of being boisterous and saying, ‘Look, here we are, and we’re not going away.’”

Two pieces of legislation have shaped accessibility in the U.S.: section 504 of the Rehabilitation Act of 1973 and the Americans with Disabilities Act, or ADA. Section 504 outlawed discrimination against people with disabilities in federally funded programs and the ADA expanded those protections, broadening the definition of a disability under the law and governing nearly all entities other than churches and private clubs.

At UF, students with disabilities also led early pushes for equitable access. A group of graduate students designed the university’s first accessibility survey – which identified physical barriers for students with diverse ranges of hearing, sight, cognitive ability and mobility – and established the beginnings of the Disability Resource Center following the passage of section 504.

“I think the key for us to understand is that the change in culture raises everybody,” Noll said. “We at UF need to think of the fact that universal design, which will help people with disabilities, will help everybody.”

From basic rights to building identities

In Nelson’s sunlit office, stacks of books surround his desk and model rockets line the bookshelves. Here, he meets with students to listen to their needs and help them identify resources to navigate the university.

Over time, he pieces together the elements of their identities. Convincing students to accept that access needs aren’t an admission “that you’re deficient,” Nelson said, is what takes trust. 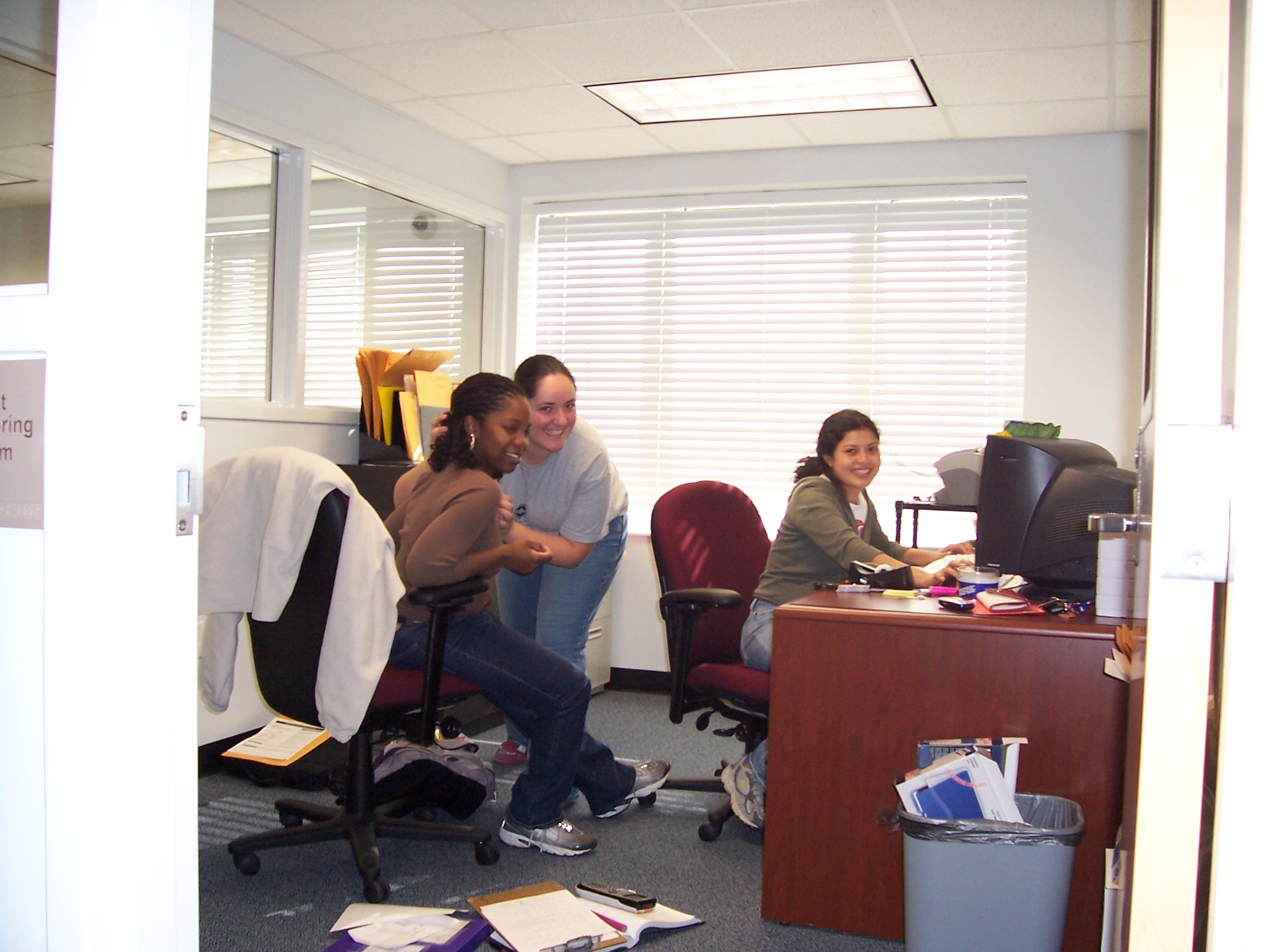 “Something that I’ve heard repeated through the years by my students that I serve is it’s difficult to accept that newest appliance or tool or assistance to compensate what everybody else takes for granted until we realize how much energy we’ve wasted trying to fight it,” he said.

Helping students find new limits is like giving them a telescope to look at the stars, he added.

“If you step out on a clear night on campus and look up at the stars, you’ll probably see hundreds of stars. If you drive out into the country on that same night, you’re going to see thousands. You put mid-range binoculars in front of your eyes, you’re going to see tens of thousands,” he said. “With each progression of your willingness to try something new, your horizon expands.”

Bradley Minotti, a Ph.D. student at UF studying school psychology, said building an identity as a student with a disability partly came through the community built at Cypress Hall, a residence hall on campus for students with significant mobility impairments that’s one of two of its kind in the U.S.

“I did not know any students with disabilities, whether it be a physical disability like mine or any other disability in general before I came to UF,” said Minotti, who uses a wheelchair. “I felt like it was just me.” 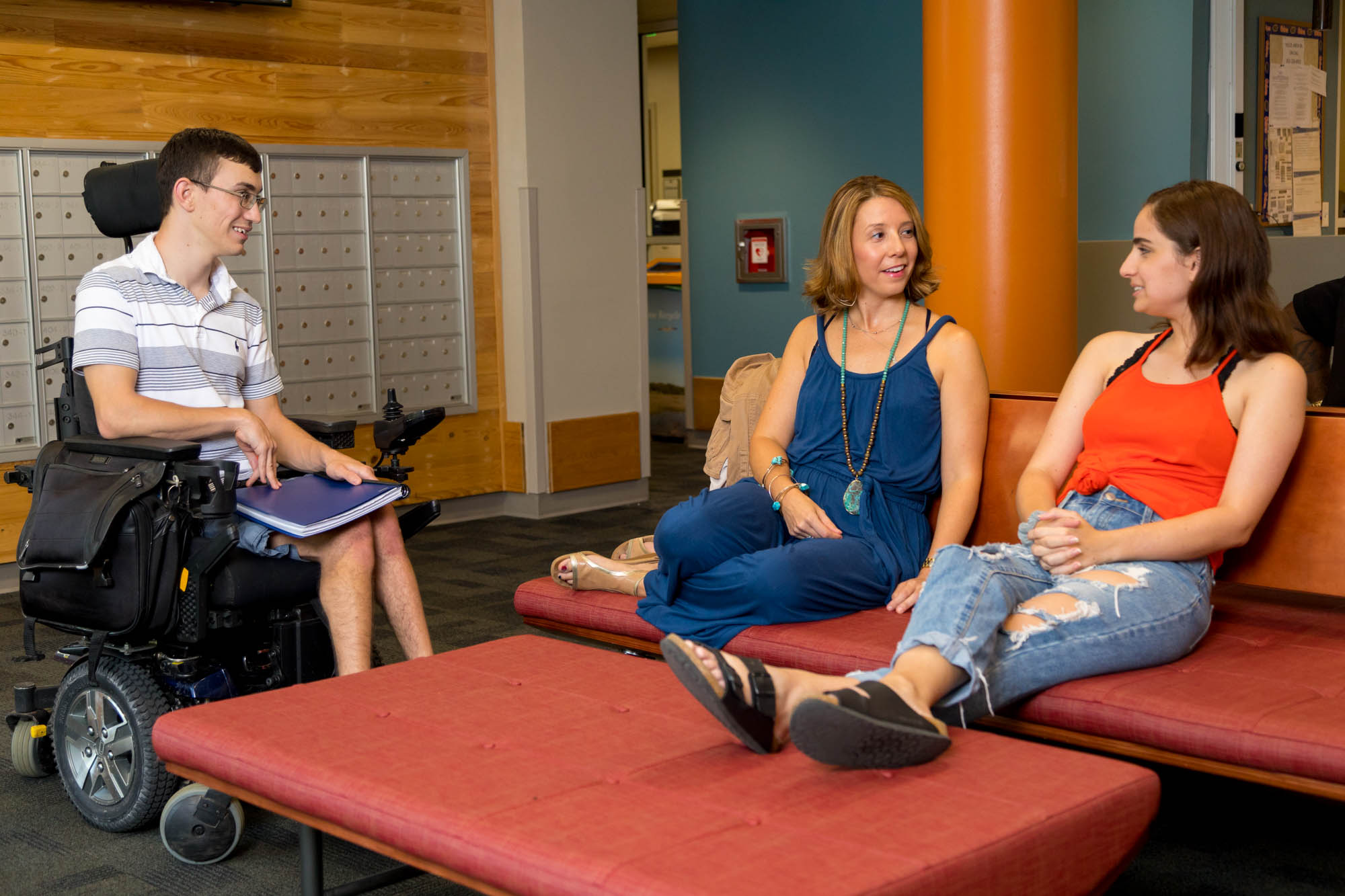 Minotti helped found the Disability Ambassadors, a group of students now more than 50 strong who promote accessibility, inclusivity and the empowerment of disability identities on campus. Their work explains how accommodations help level the playing field for students with disabilities and the importance of a campus where disabilities are celebrated.

“That’s really, really important to me, and I’m really grateful that I have that opportunity at UF,” Minotti said.

Accommodations are as much as part of the holistic well-being of students as recreation centers and mental health resources, said Dr. Erica McCray, director and associate professor in the School of Special Education, School Psychology and Early Childhood Studies at UF.

“These are all ways to ensure the health and wholeness of our students,” she said. “I think we have to approach issues of diversity – whether it be ability, race, ethnicity, gender identity – as a part of the variability of the human experience without creating hierarchies. And I think if we can do that, then everybody benefits.”

Nelson, who retires in November, said embracing universal access as foundational to the university is its future.

“It’s not about any one person here. It’s about the students, each new generation each year. If the instrument is strong enough, we’re going to see more stars, more students.”