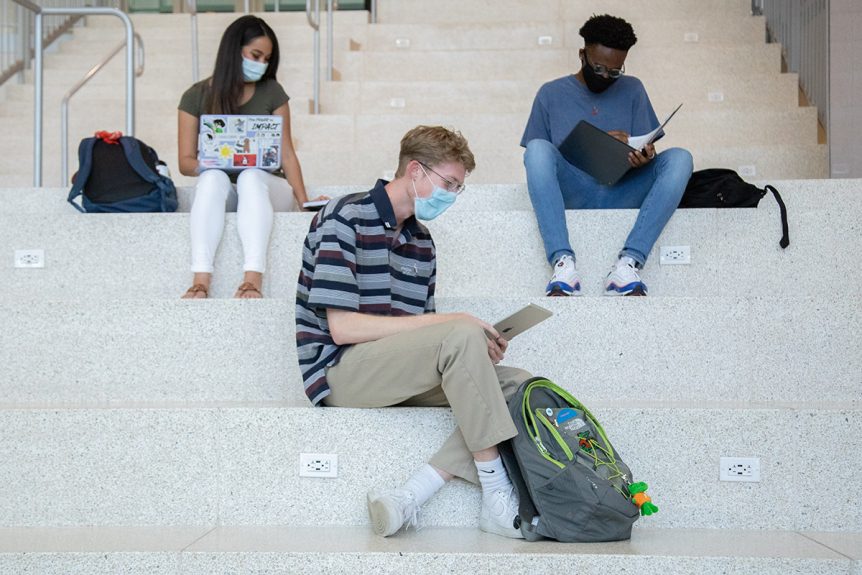 Do college students and alcohol go hand in hand? Not always, according to surveys of students conducted in the last two years.

At the University of Florida, a survey of roughly 2,500 students conducted in spring 2020 found that about 42% had either never consumed alcohol or not done so within two weeks of responding. Of students who drank within three months of the survey, 73% reported having four or fewer drinks last time they drank in a social setting.

The Centers for Disease Control define moderate drinking as less than one or two drinks in a day and binge drinking as consuming four to five or more drinks on a single occasion.

“The majority of our students, they’re not binge drinking. We’re talking about folks who go out once or twice a week, have a few drinks and then they go home,” said Alicia Baker, a health promotion specialist at GatorWell Health Promotion Services.

Another survey of third-year students at a public university on the West Coast, conducted in spring 2021, showed that most college students reported having about five drinks a week. But they perceived their peers had nearly twice that.

“I think from a perception perspective, there is this idea that, as a college student, you drink,” Baker said. “But it’s this weird back and forth – they’re not engaging in this high-risk behavior themselves, but they just assume that’s the culture.”

Some students likely report perceiving their peers as heavy drinkers because clusters of students develop similar drinking habits. At UF, packed game days and the city’s dense bar scenes and could play a strong role in shaping how students think their peers behave, Baker said.

“I think the visuals of that high-risk use are easier to spot,” Baker said. “It looks like a lot of people are doing it. But when you think about how big UF is and how big the Gainesville population is, it is just a fraction of that.” 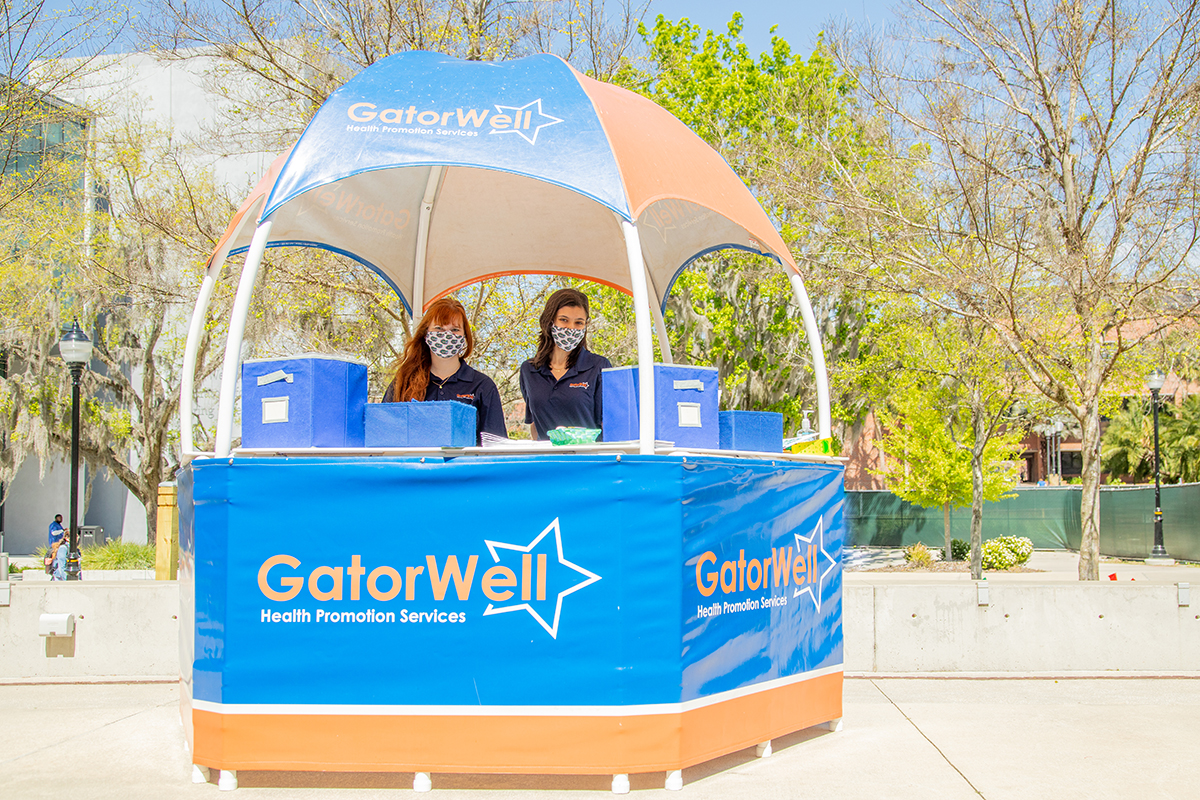 With many students back on campus for the first time in more than a year, some could have more opportunities to drink than they previously did, especially at large social events and on game days. Health Huts, a fleet of traveling tents that pop up across campus, are staffed by student Wellness Educators who can provide tips on developing healthy habits. UF Student Life photo

In 2019 and 2020, a survey of UF students enrolled in an alcohol education course showed that nearly 60% of students who drank reported doing so to have a good time with friends or celebrate. But for many, drinking without a limit in mind leads to the opposite, Baker said.

“More often than not, students say a good night out feels like them having control: They have a good grip on their night, they don’t get sick, don’t get hungover, don’t do something stupid,” she said. “What you can do to reduce those things from happening is limiting how much alcohol you drink.”

Not drinking is always the safest option, Baker said. Being intoxicated can result in personal injury, legal consequences and alcohol poisoning, and habitual drinking increases students’ chances of developing long-term health conditions such as heart or liver disease later in life.

But, for students who decide to drink, Baker said she encourages them to take steps to reduce their risk, starting by deciding how much they will drink before they go out and identifying someone who can help them stick to their goal.

“Alcohol has a lag time, so you think you feel just right but then that shot you took five minutes ago hits you and you feel like crap. So it’s really about how do you keep yourself in control of the situation?” Baker said.

Some students feel pressured to drink – not because people tell them to, but because they’re in an environment such as a bar or party where most people appear to be drinking, she added. In those cases, filling Solo Cups with mixers, non-alcoholic drinks or water can alleviate pressure. 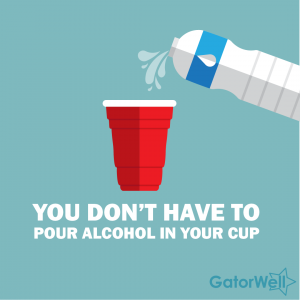 “Even just the feeling of having a cup in your hand can help,” Baker said.

For students who drink to alleviate anxiety, she recommended creating a “de-stressing” ritual before socializing or identifying the root causes of their stress and finding alternatives.

As social events kick off this semester, Baker said she and her team will continue tracking college students’ drinking behavior. Students can learn more about how alcohol affects the body here.

“We want to reach students who are engaging in high-risk drinking behavior, but this is also an opportunity for us to validate students who don’t drink, like, ‘Look, you are not the only one,’” Baker said.

Students who seek emergency assistance on behalf of themselves or someone else experiencing an emergency due to alcohol or drugs will not be subject to disciplinary action. Neither will the individual in distress, according to UF’s medical amnesty policy.

Find more GatorWell resources about alcohol and other drugs here.