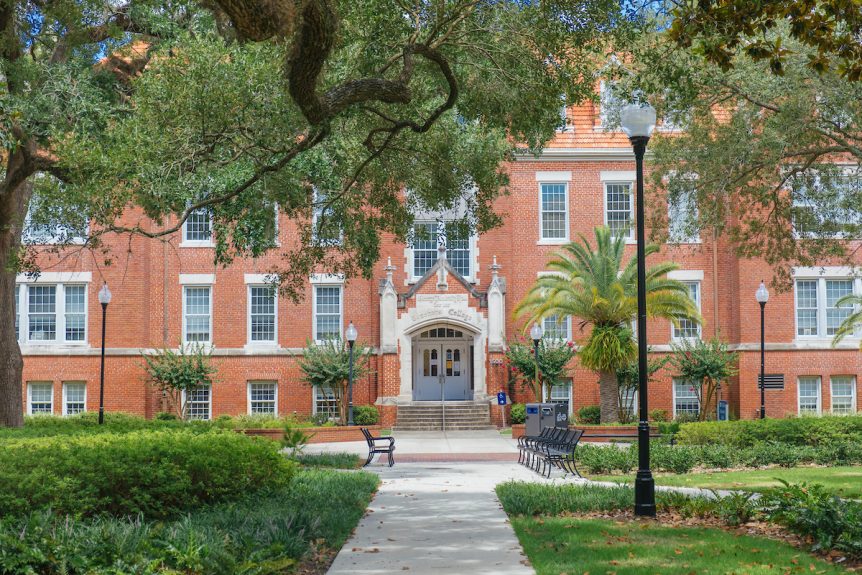 Peabody Hall, built in 1913 and located on the southeastern corner of the Plaza of the Americas, was first home to the University of Florida’s education college. After a stint as the printing site for the student newspaper, the building was added to the U.S. National Register for Historic Places in 1979 and its classrooms converted to offices in 1990.

Now, the second and third levels of Peabody will be redesigned to add efficient and collaborative spaces. The $4.3-million-dollar project, scheduled to begin next week, is the first time the spaces are being upgraded in more than 30 years.

The spaces being renovated currently house the Dean of Students Office, which includes the Care Area and Student Conduct and Conflict Resolution, and New Student and Family Programs. Until spring 2022, their programs will temporarily relocate to other on-campus locations, where in-person and remote offerings will continue to be available.

Dr. Heather White, dean of students and associate vice president for Student Affairs at UF, said the redesigned spaces will help fuel the team’s mission to act as a link between the UF community and the university’s network of resources.

“We want the renovated spaces to be as accessible as possible for students, families and campus partners – that’s a highlight of this project,” she said. “The physical space that the staff will work in each day will reflect the warmth, care and overall support for students and their well-being at the university.”

A team of architects, engineers, technology experts and designers will upgrade Peabody’s second floor and half of the third floor. A grand entry with a reception desk and waiting area, new conference rooms and added security and accessibility features will create a bright, welcoming space for students, said Christopher Yanes, a graduate architect at Rowe Architects Incorporated in Tampa. 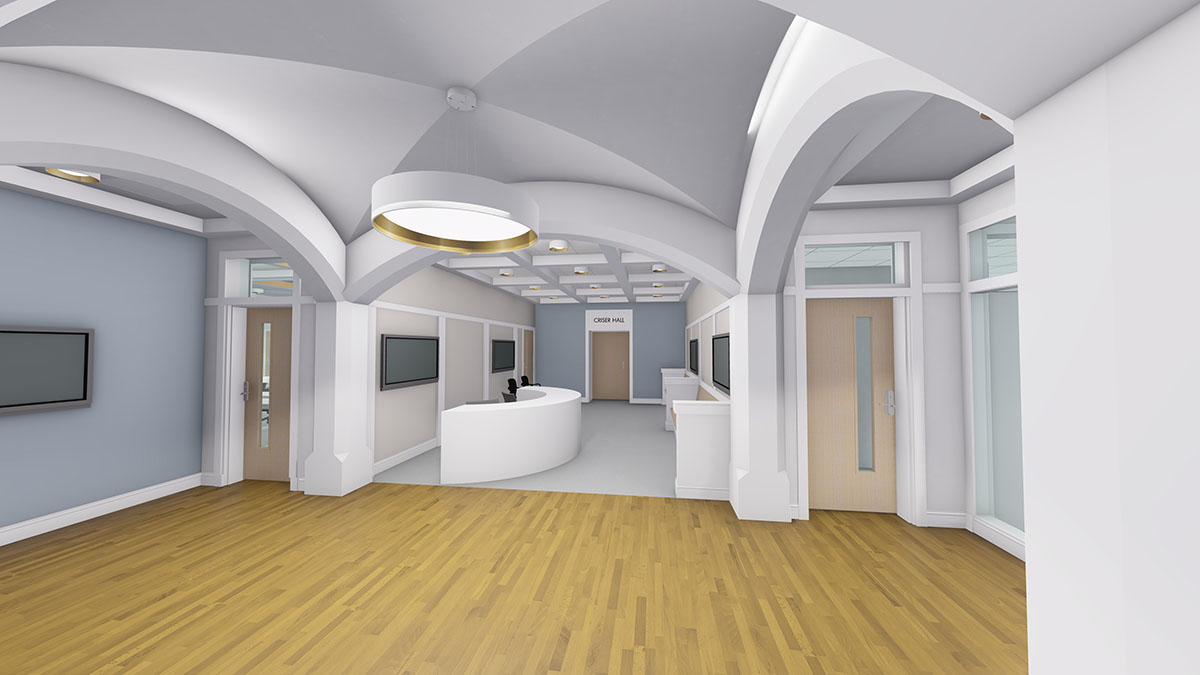 Once updated, the second and third levels of Peabody will have new reception desks to welcome students. Image courtesy of Marie Brown

But preserving the building’s historic character will be key, added Marie Brown, a project manager and interior designer at UF. When the team discovered hidden structural walls, the new design was tweaked to maintain them, she said, and no changes will be made to the building’s exterior.

“It’s important to preserve that rich history of the building, but at the same time, bring it into the 21st century and create a more accessible environment,” Yanes said.

He added that the team plans to include vaulted ceilings and expose some of Peabody’s original brickwork, similar to other restoration projects Rowe Architects has completed at UF, such as renovations at Anderson and Keene-Flint halls.

“We’re not working with new construction – Peabody is built out of wood and there aren’t concrete floors like many of our newer buildings,” Brown said. “You really want that experience, and it’s important that Rowe Architects has that expertise already under their belt.”

The renovations at Peabody, which were initially proposed in 2018, will honor the departments’ roles in supporting UF community members through hardship and transition periods to help them succeed, White said.

“There are peaks and valleys in the university experience, but no matter what those moments are, our offices can play a critical role,” she said. “Whether it’s a student, family member or faculty member, those are the moments that matter.” 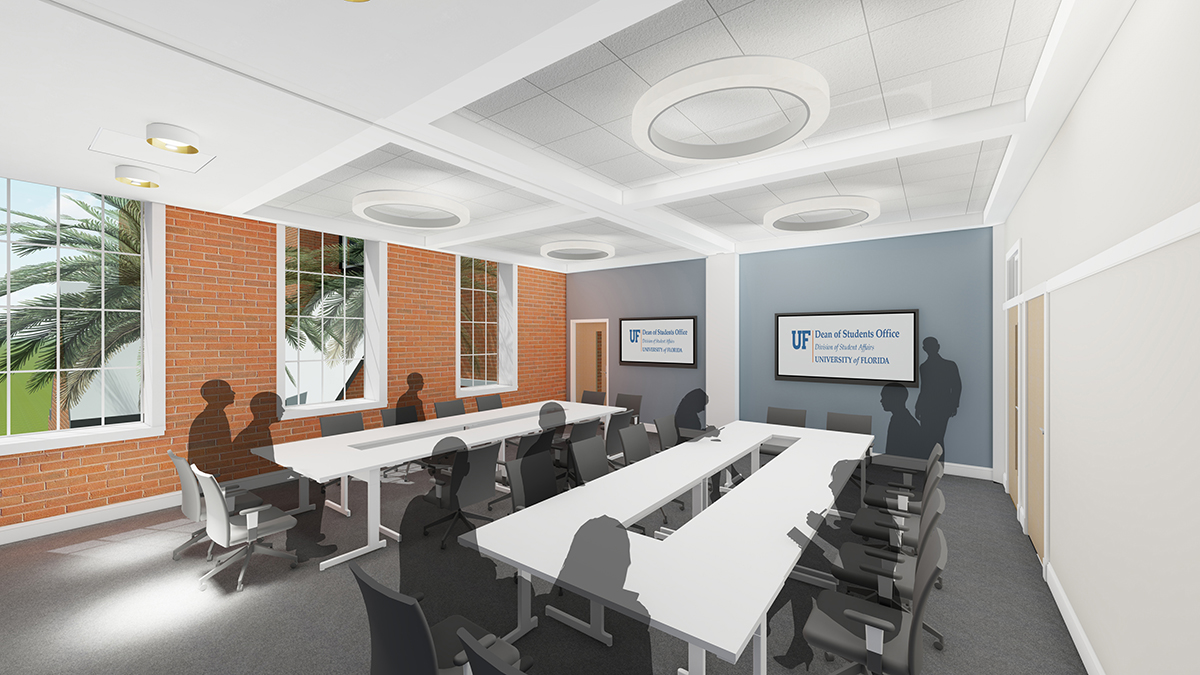 Marie Brown, the project’s manager, said ensuring staff in Peabody had collaborative meeting spaces was essential. Student leaders of programs housed in Peabody will also be able to use the spaces. Image courtesy of Marie Brown

Yanes, who helped facilitate orientations as a Preview Staffer in 2013, said helping design a building on campus was a longtime dream of his.

“I spent a lot of time in Peabody as a student, and I think it’s going to be a great place for student leaders that are involved in programs at Peabody – I’m really excited for them,” he said. “I love working in my industry, but there’s something special about working on this.”

Funding for the renovations comes from the Capital Improvement Trust Fund, or CITF, which is allocated by faculty, staff and students appointed by UF Student Government. The fund also made recent renovations to the Reitz Union game room, South Terrace and Grand Ballroom possible, in addition to renovations to the Career Connections Center completed in 2018 and at Lake Wauburg and Maguire Field in 2020.

Learn more about the services being temporarily relocated.

Learn more about the Dean of Students Office.

Learn more about New Student and Family Programs at UF.