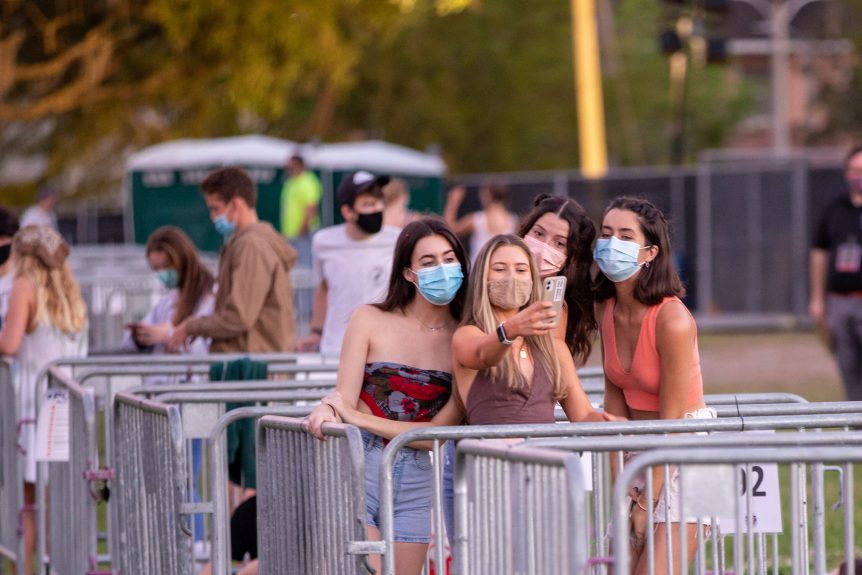 University of Florida Student Government Productions will host the school’s first in-person concert in more than a year on Friday, March 26. But the crowd will look different: Three-sided, open-air pods will group together up to six concertgoers who register together, helping fans stay physically distanced from others outside of their regular social circle.

Each pod, designed for between two and six students, is approximately the size of a parking space. Students can reserve a pod in “quaranteams,” or close-knit groups taking similar precautions against COVID-19. 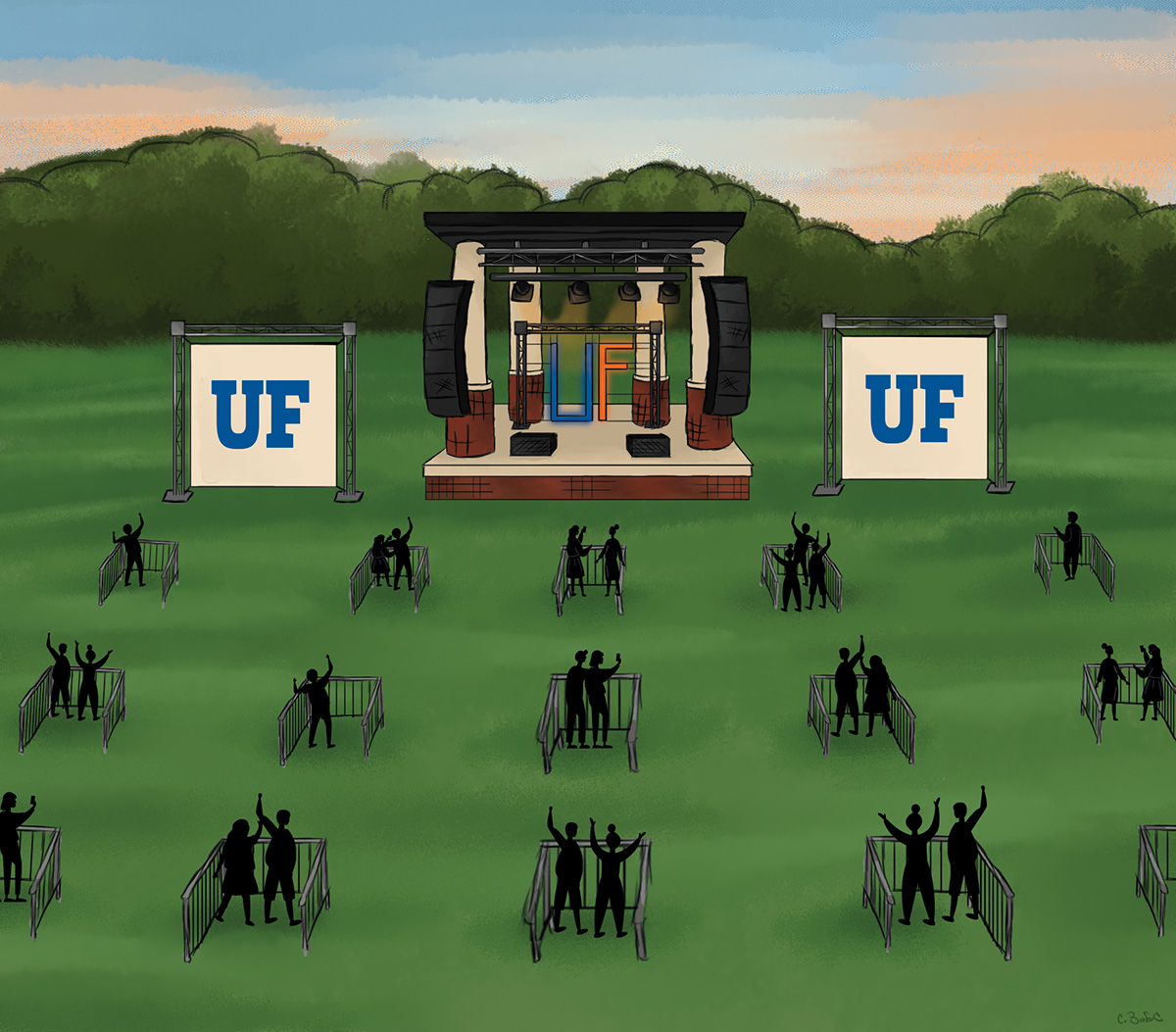 The concert will take place at Flavet Field on the University of Florida campus.

“We knew we wanted to make an attempt to do a major event in-person for students before the end of the year to support their campus experience,” said Trevor Pope, student body president at UF and a second-year law student at the Levin College of Law. “We’ve been following the data, and now, we’ve been fortunate to start to transition towards more in-person events, which is something we’re really excited about.”

With the support of UF staff, Student Government leaders developed the concert’s safety protocols – which include mandatory face coverings, sanitizer stations and a staff with trained volunteers helping students stay physically distanced ­– based on guidelines from the Centers for Disease Control and Prevention and advice from leading epidemiologists at UF Health.

One member of each quaranteam can reserve a pod online for between one and five other students cleared to be on campus. Registration will open on March 17 until the event reaches capacity, and reservations can be made online on a first-come, first-served basis. Students will be admitted as early as 5:30 p.m., and the show will end by 10 p.m.

Adrian Badenjki, executive chairman of Student Government Productions, said his team chose artists based on survey responses from new and returning UF students who signed up for take-home craft kits sponsored by Student Government. Whether artists could safely travel to Gainesville to perform added another dimension to the selection process.

“This concert is among the first of its kind for universities,” he said. “I think that taking on that challenge and creating a culture where students feel engaged in a year where that was very difficult is really important.”

Pope added that the event will be among the first alternatives to crowded concerts students have had in more than a year, signaling a return to campus traditions and an introduction to the school’s spirit for new members of the UF community.

“Safely executing this means we’ve found a way to have successful, fun and engaging events for students – but, at the same time, doing it in a way that enables students to be safe for themselves and the rest of the community,” he said. “It sets a really awesome precedent and shows how bright the future is for what we can do once we beat COVID.”

“We’re pushing for a culture where students – especially first- and second-year students new to UF – feel connected,” Badenjki added. “That’s what we’re bringing to the forefront.”

Media must submit requests for credentials at least 48 hours in advance of the event. To request credentials, please email sgp@sg.ufl.edu.