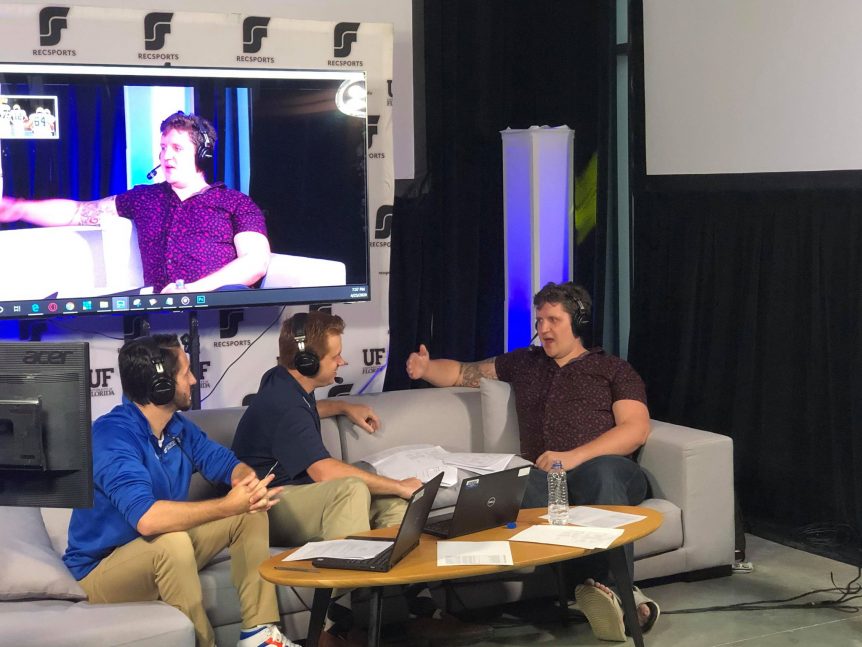 Recreational Sports held its first-ever Esports Championship. While the University of Florida transitioned to online classes, all UF Intramural Sports were closed due to concerns because of COVID-19. To continue the spirit of competition and connect students, UF RecSports launched its new Esports Leagues.

RecSports Esports started on March 26 with 11 leagues and 461 teams. The games featured include FIFA, NBA 2K, Madden, NHL, and Rocket League. Participants could choose to play on their Xbox, Playstation, or PC.

“UF Esports has allowed students to stay connected to the UF community throughout this time,” said Justin Griffin, RecSports Coordinator for Sport Programs. “For example, one of our participants was able to connect with a former friend he played youth football with and hasn’t spoken to in 10 years.”

Competitors played a three-week regular season set up by RecSports and then communicated through a Discord channel to schedule their games. After the regular season, teams were seeded in a single-elimination tournament. The final two teams from each league faced off in championship games Thursday, Friday and Saturday.

To make the live streaming happen in a short amount of time, UF RecSports collaborated with Duo Studios LLC, a local company founded by twin brothers, Diamond and Dominique Overstreet. The 2016 UF graduates were heavily involved with the UF gaming community and Diamond is the former president of Gator Gaming.

Diamond Overstreet said, “It’s been a dream of ours to help develop and broadcast Esports for UF.

“We’re truly humbled. It’s just been such an honor.”

The spring leagues are only the beginning for RecSports Esports. RecSports plans to host the competitions for Summer A and Summer B leagues as well as to grow beyond UF.

“We are looking to expand the championship to include fellow state institutions FSU, UCF and USF. The Battle for Florida will feature the best of the best from each school to decide the top Esports champion,” said Brooke Cochran, Assistant Director for Sport Programs.